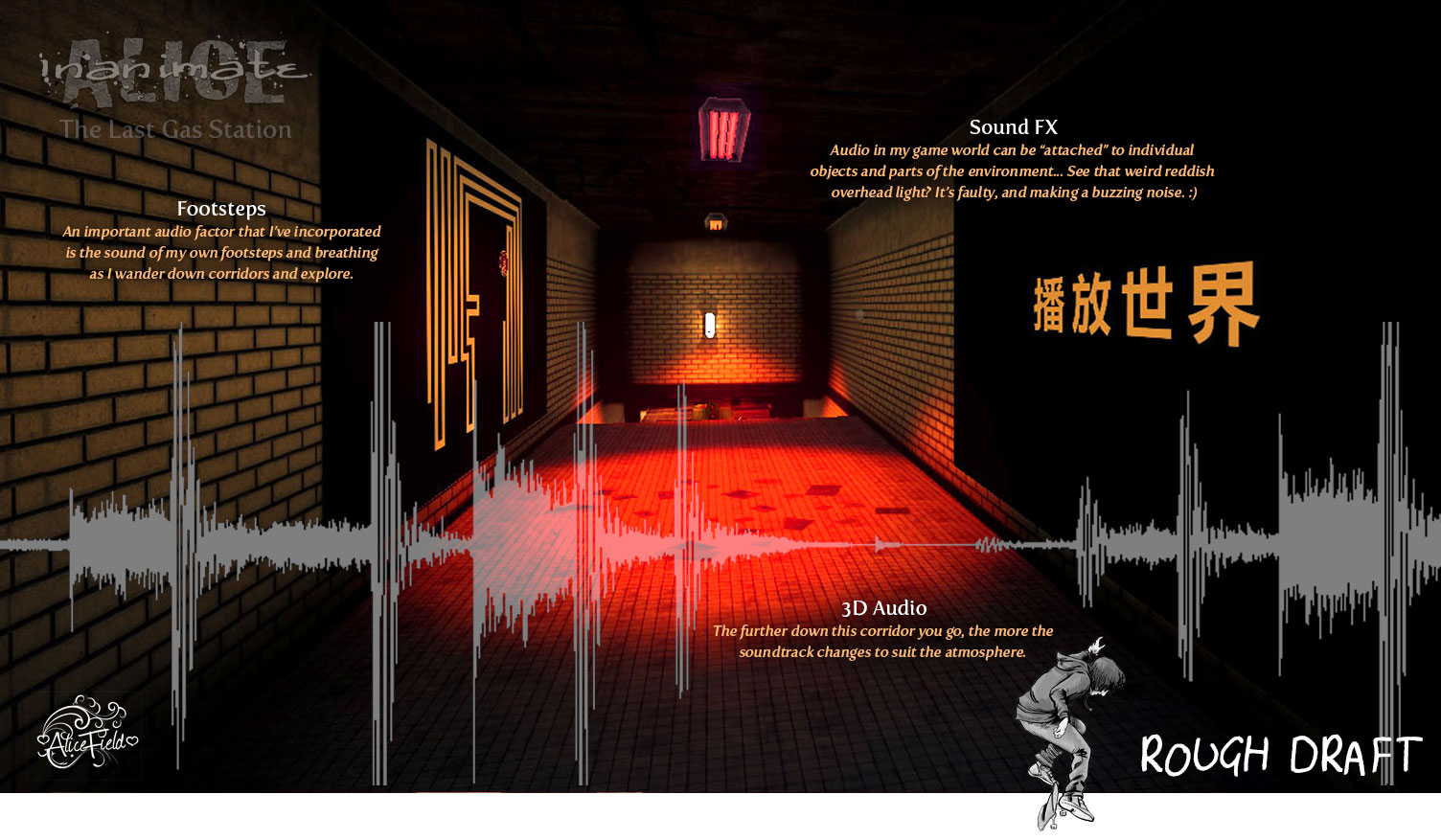 As well as making atmospheric graphics, I love creating and working with sound and music.

Graphics come more naturally to me as I tend to think of myself primarily as a visual artist (yep, too much time spent sketching Brad!), but audio can make an incredible – perhaps sometimes overlooked – difference to a digital story. Imagine a computer game with no sound. It would be like a silent movie!

With Episode 6, I’m still using music just as much as I have done in previous episodes, but this time I’m also incorporating atmospheric audio directly into my… how do I describe them? My “game worlds”. Wow. That sounds so cool. 🙂

For instance: let’s say I end up wandering off into a very creepy area of my underground subway. Maybe this triggers an appropriately eerie soundtrack. And then, maybe that soundtrack fades away when I find my way out…

In Episode 6, soundtracks blend in with any other sounds I have going on, such as subway announcements, distant tube trains, my own echoing footsteps as I walk around. The result is wonderfully immersive.