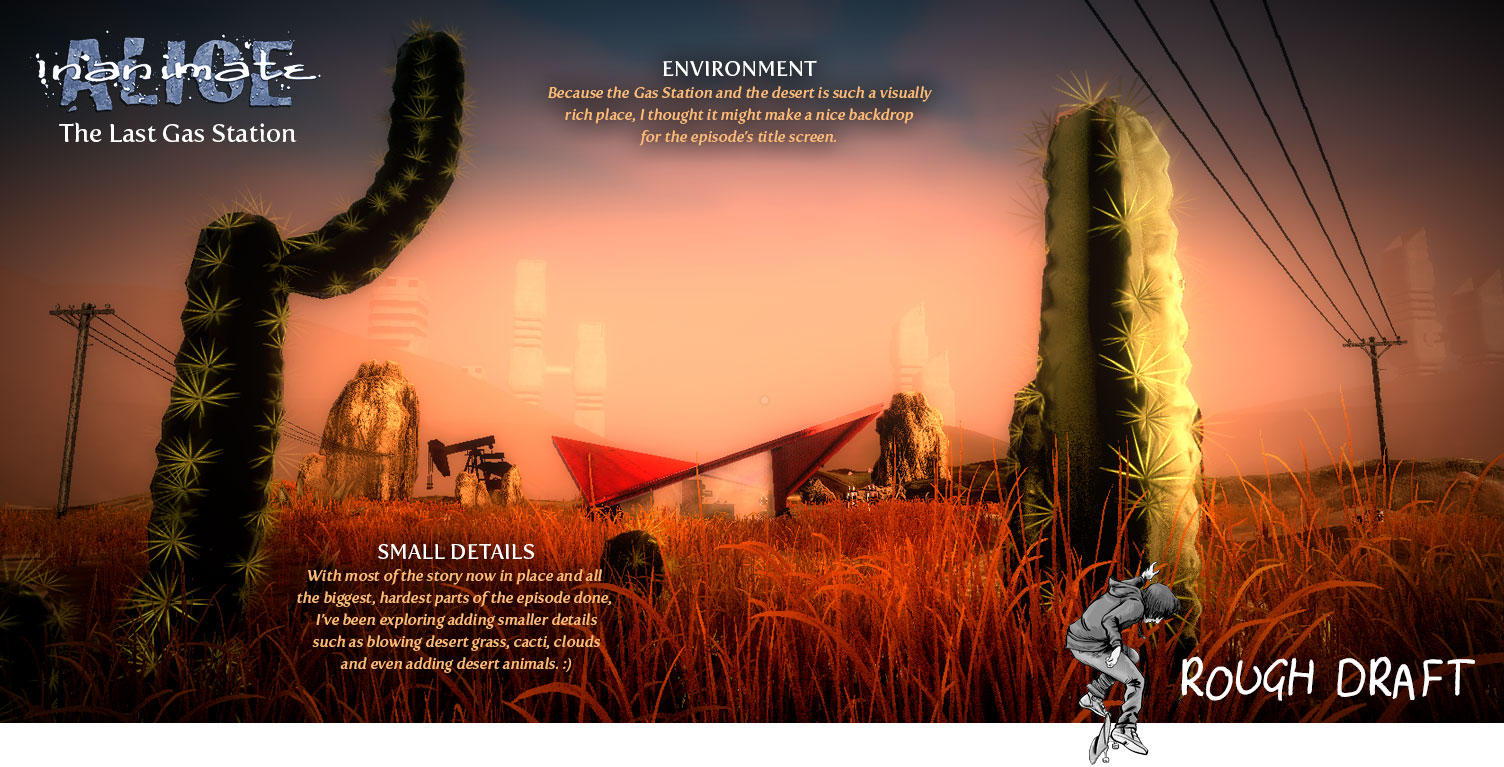 My previous episode-venturing has involved navigation using “chapters” or “scenes” in the story that can be returned to once they’ve been read/experienced. This has been a really important thing: being able to go back and re-read story sections is like being able to turn back the pages of a book. But because The Last Gas Station makes quite a big leap in terms of technology – and the approach I’ve decided to take when telling my story this time – I’ve changed the way this works a little. 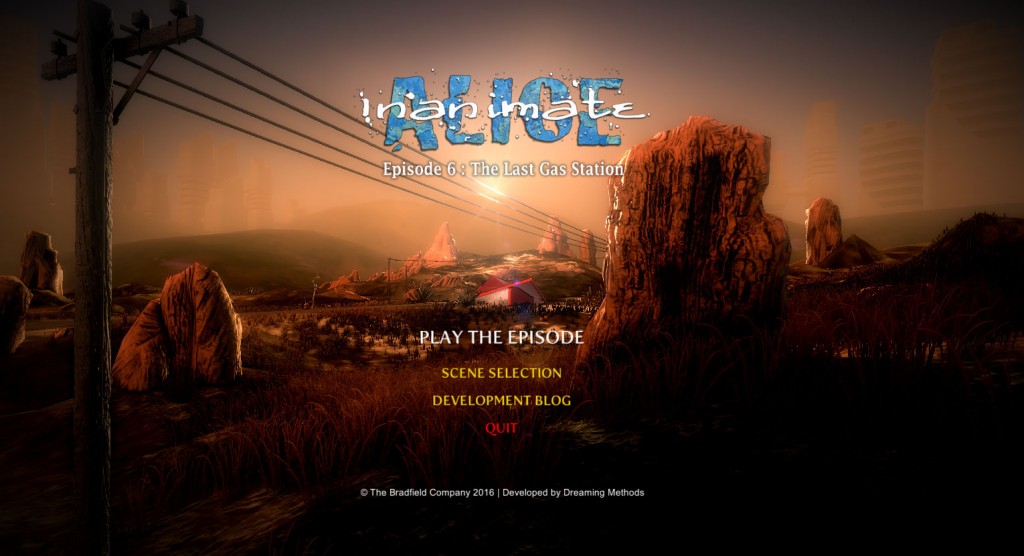 Yep, I’ve done away with all the “this story uses text, image and sound” stuff and replaced it with “scene selection”. Each scene shows a padlock beside it if you haven’t fully dived into it yet. The title screen has music and floats gently around the desert showing you different views of the gas station. It’s rather nice. 🙂

I’ve also been working on other details too: plonking some clouds into the desert sky using a skybox, dotted some nice green cacti around the landscape, and even added an animal that slowly wanders past the gas station window at one point (if you’re lucky enough to spot it).

Oh and because I’m surrounded by the city on the distant horizon, I thought it would be supercool to make the occasional aircraft or helicopter make an appearance.

Now these little additions aren’t essential to the story, but they do really ramp up the atmosphere and add fun depth to the episode (I hope)!